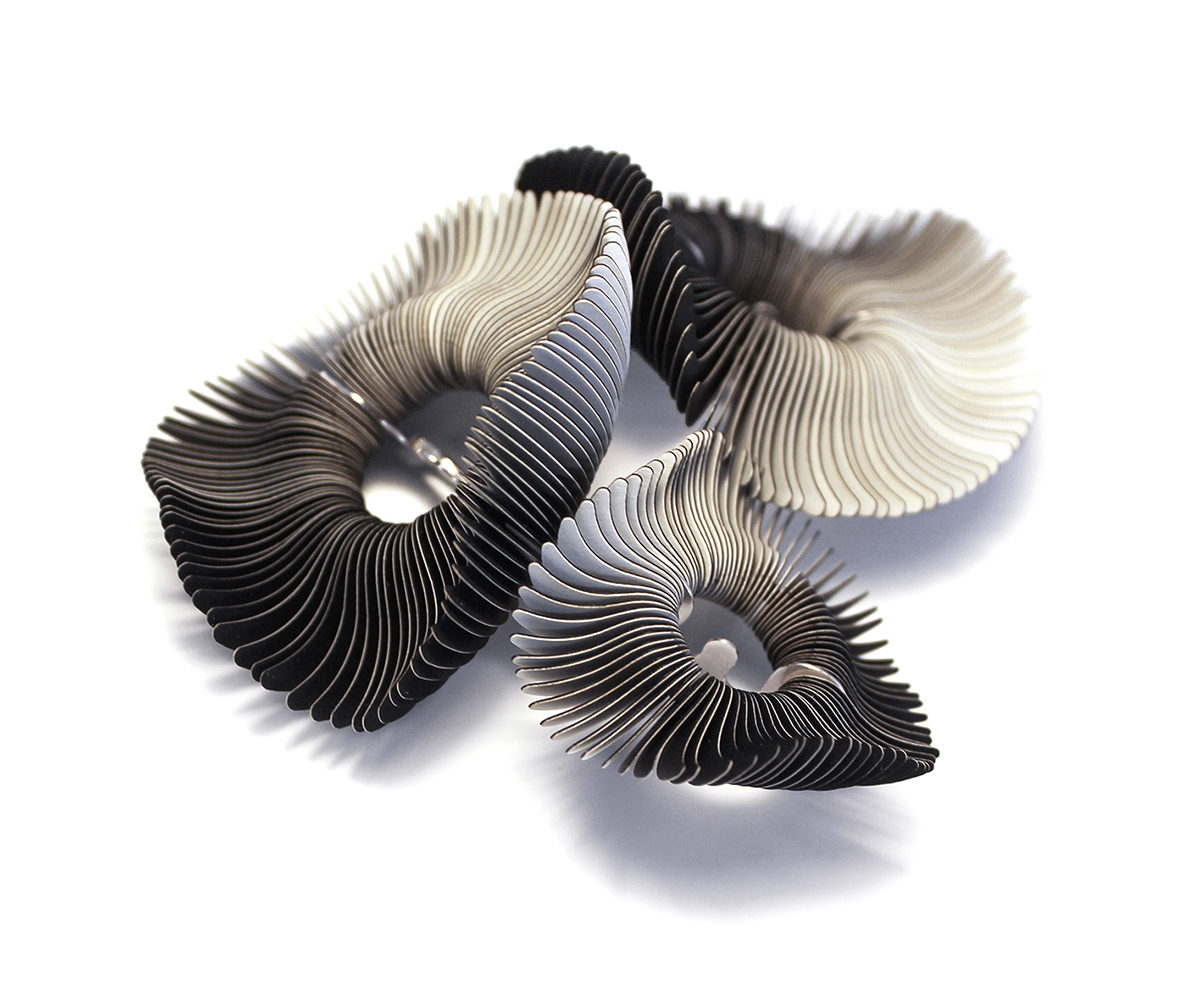 ‘Deep’ series was influenced by the scientific illustrations of Ernst Heinrich Haeckel, who in the 19th century turned the attention of Western civilization to the world of the magnificent and tiny creatures of the seabed. Jewelry has the power to rejuvenate the human body, very much the same way that coral transforms the seabed. I wanted to create jewelry, which is alive; which invites the potential bearer to participate in the various forms it takes and to experience how these forms can be transformed from enclosed shapes, into dynamic structures in space. The shapes often resemble waves of coral polyps.