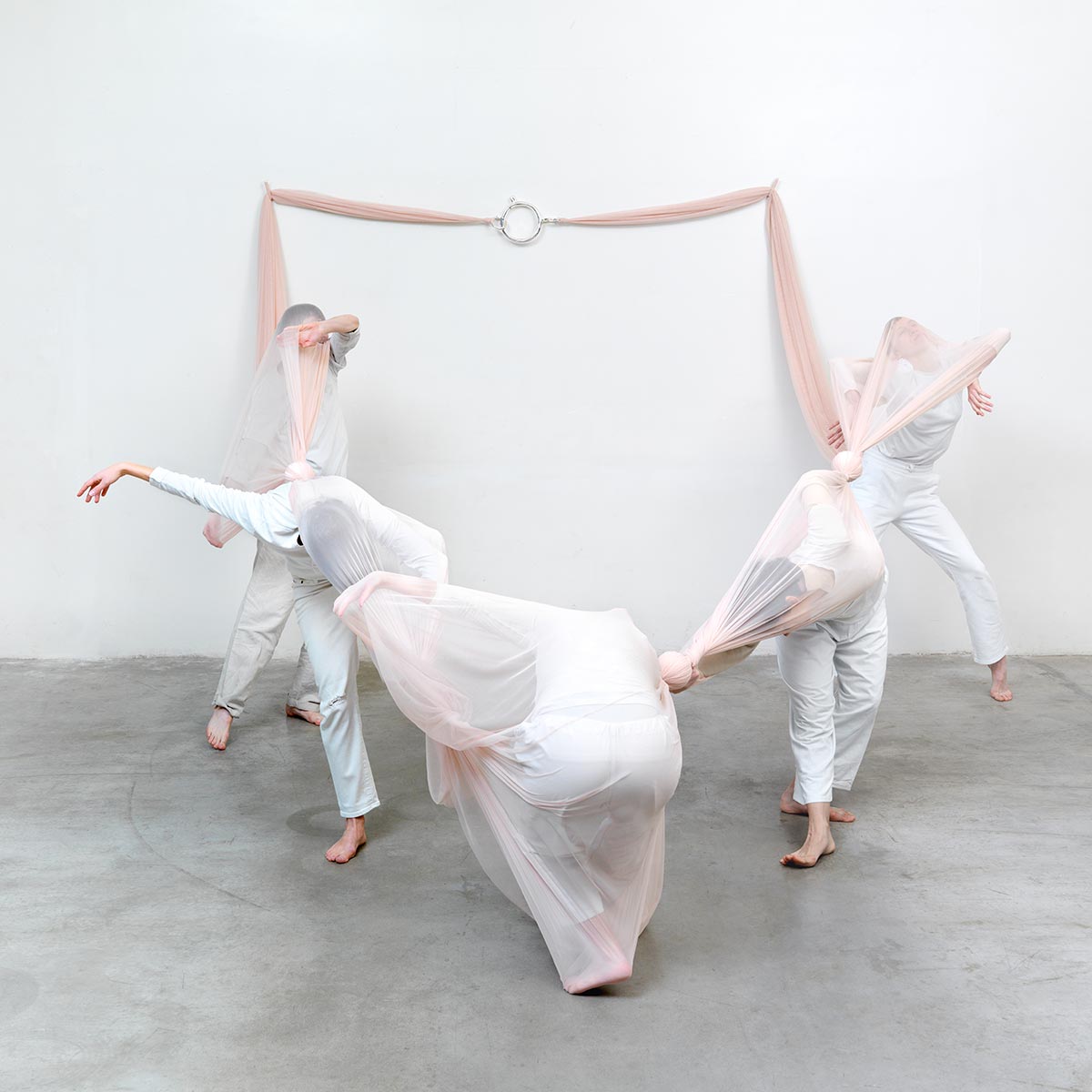 “A jewelry piece” was born from the observation that the journey of a jewel from the hands of its maker to the hands of its wearer, it is a rather solitary one. Jewelers tend to work alone to safeguard their production secrets. When at some point their pieces get out to be exposed, each jewel is usually observed by one person at a time – not only because of its size but mainly because it addresses one person at a time. When finally someone wears the jewel, the eye of the beholder/ observer is caught by it so intensely, that the person wearing it disappears behind it. All along its journey, the jewel tends to fascinate. But then, fascination is a solitary experience too. It singles out only one
person at a time.
“A jewelry piece” breaks this tradition of solitariness. It is to be experienced collectively by being embodied. A jewelry piece comes into being through the way people mold and shape it. It becomes alive and begets its unique personality through the constellation of those who take part in its activation. Its shape is always changing; it is endlessly renewed. To play with the work titled A jewelry piece entails an instant decision for entering into a collaboration. This experience changes the nature of the piece from an ornamental one, into an artistic composition. Anyone who wears it becomes the actor of the jewel-performance.
As you will have understood, “A jewelry piece” investigates a quality rarely explored in the jewelry world: the notion of live togetherness.
Through “A jewelry piece”, jewelry becomes a social matter. It is no longer meant to single out the wearer – as jewelry usually does – but it aims at the absolute opposite. It is an invitation for people to act together at the same time and space.
As an artist, I try to create a context that enhances the bonds that unite us all, through a combination of mediums that are rarely expected to work together: performing arts – what I initially studied – and jewelry – my secondary training, but of equal interest to me. Because I believe that it is up to us to create links and maintain connections and that there are as many ways to do that, as there are people.