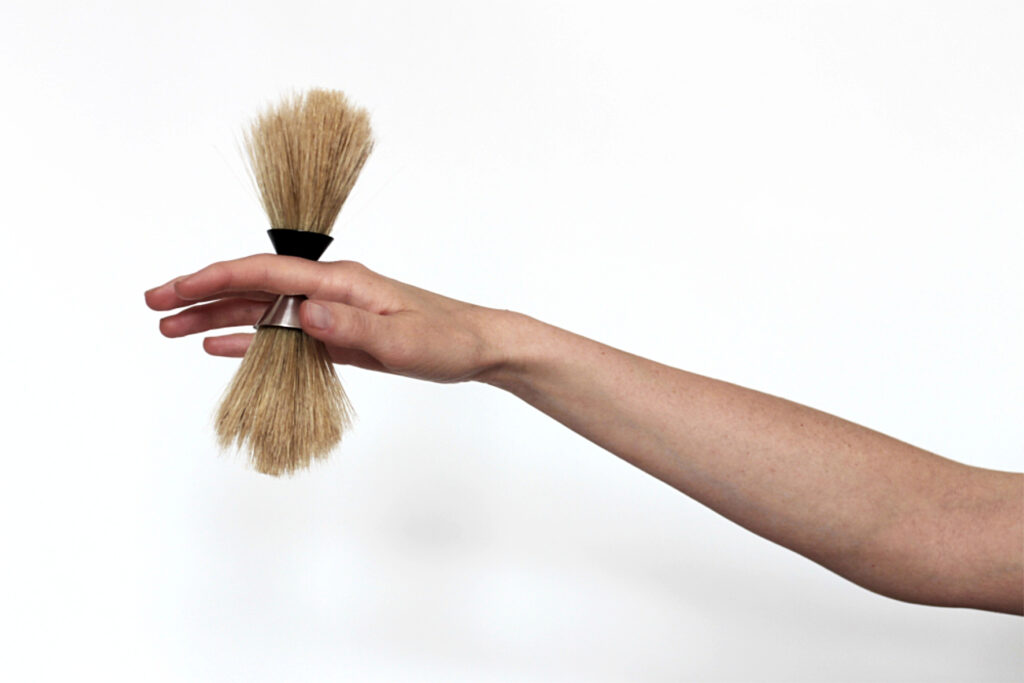 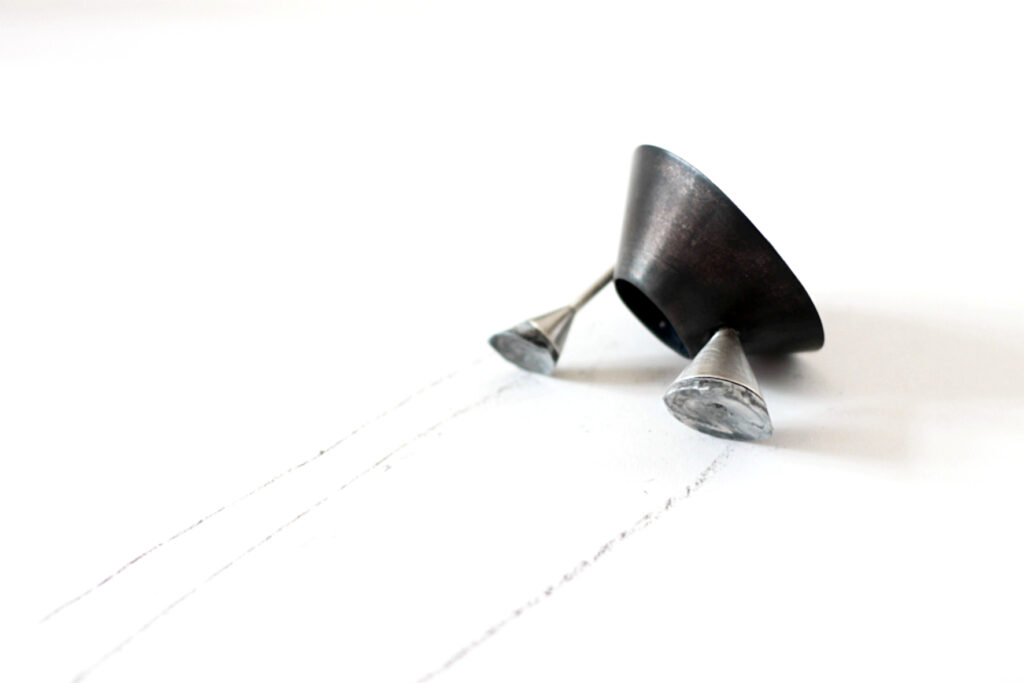 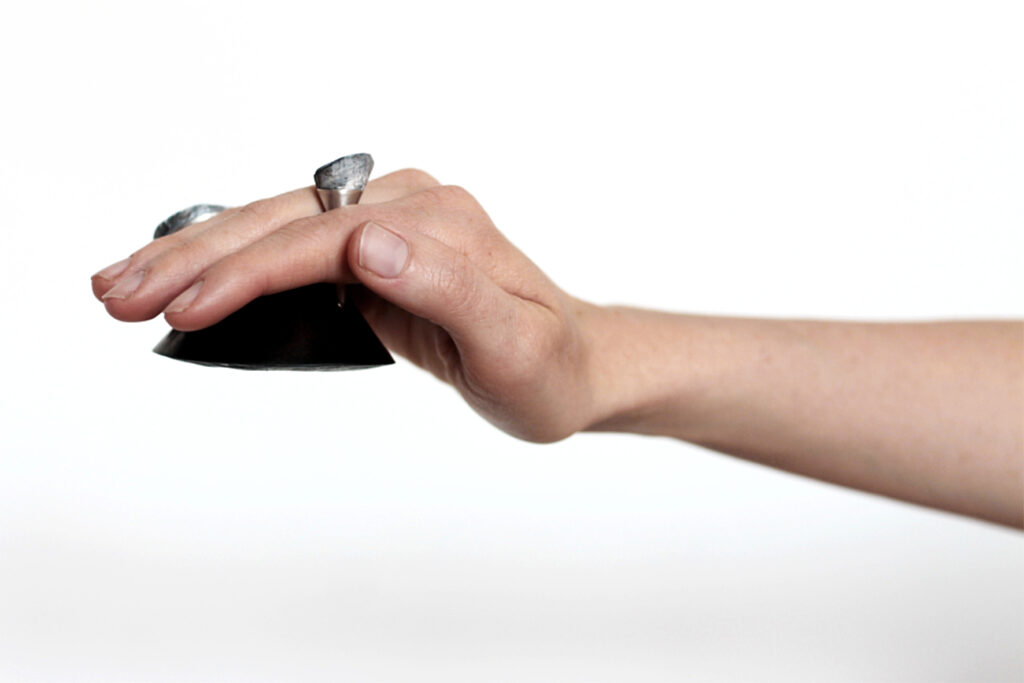 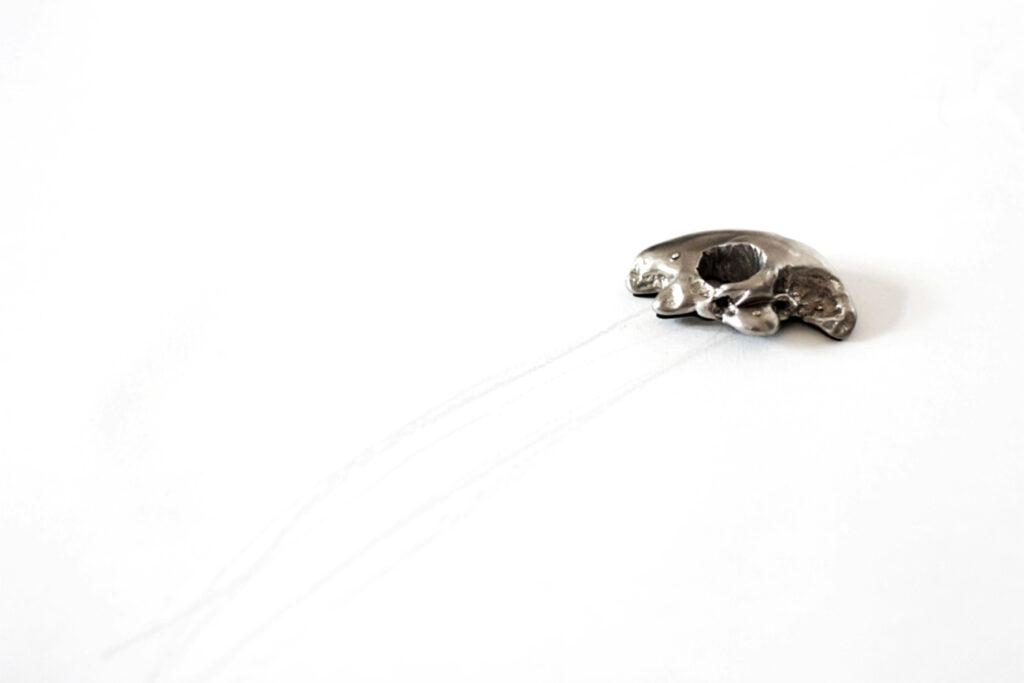 The series ’Gesture jewelry’ deals with the question of the traditional functions of jewelry, artistic practices, and mark-making.

For thousands of years, the tools for artistic techniques: brushes, pencils, pastels, etc., have taken certain forms that became the norm for those mediums. Jewelry, too, has taken conventional forms across history. However, its function is more abstract than that of artistic tools.

My pieces are a blend between jewelry and artistic tools, taking distance from both, reinterpreting their conventions and traditions while pointing out some historical references such as seal rings (that are made for leaving marks) in the case of the history of jewelry, and gestural painting of abstract expressionism in art history.

Gesture painting encourages freedom in the expression of emotions throughout the movement. However, as the shape of my pieces diverges from the shape of traditional art tools, the wearer/performer is invited to overcome the rules established by my pieces, finding alternative ways of holding and using the tools by means of unfamiliar motions of the human body.

The three works of the series use three different methods to leave traces on the surface.

I. For the brush like piece, except the metal and the brush, another material (paint) is needed to leave marks.

II. In the case of the second piece, a material embedded in the metal (the crayon) itself makes a mark on the surface. The object has two sides with two different drawing surfaces and patterns inviting the wearer to apply a dynamic movement while drawing.

III. The third piece is created by casting the tin in a container filled with plasticine that allows the melted tin to flow freely similar to the movement of the gestural painting. At the same time, it serves as a barrier to creating a shape that makes it wearable as a ring. Being a soft metal, tin can be used for drawing, therefore in this case the material of the ring, the metal itself, leaves marks on the surface.

The series of work was awarded the Athens Jewelry Week Award at the Art Jewellery Night of BDPST in 2019.

The works were created as the final project for the Art School of Buda.