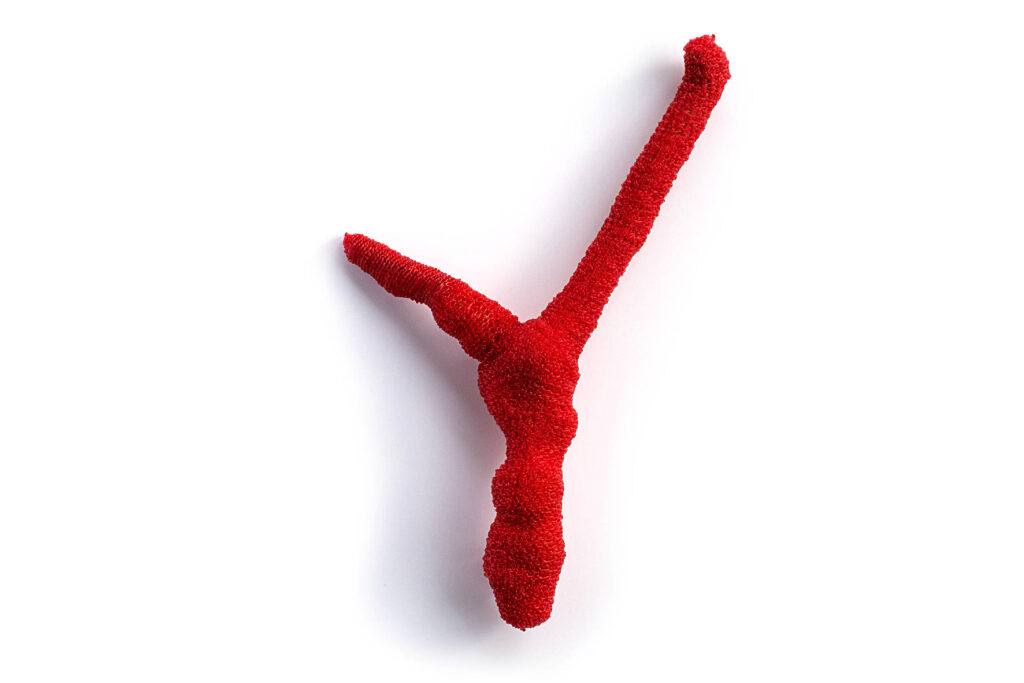 At a certain moment, the driver looked at me and said, enthusiastically: - Look! The Pirahã sometimes appear around here! -Pirahã? (I asked) -The Pirahãs are very short, and when they see you they touch and laugh endlessly. Since then, knowing more about the Pirahãs has become a life goal. 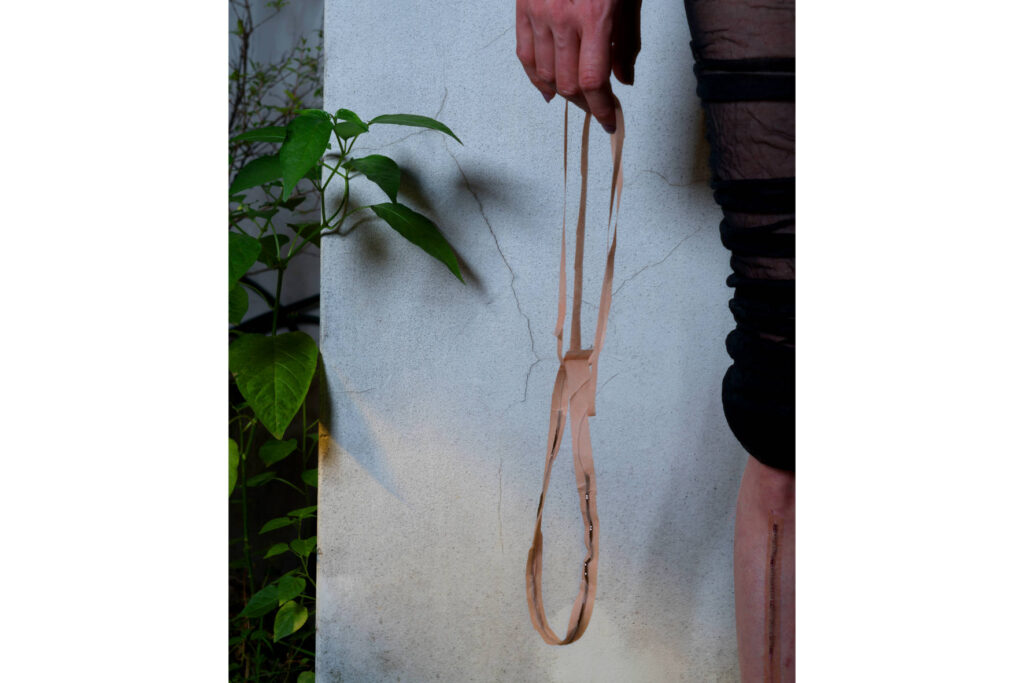 Only one, from centuries of scars, revealing a memorized majority, women. 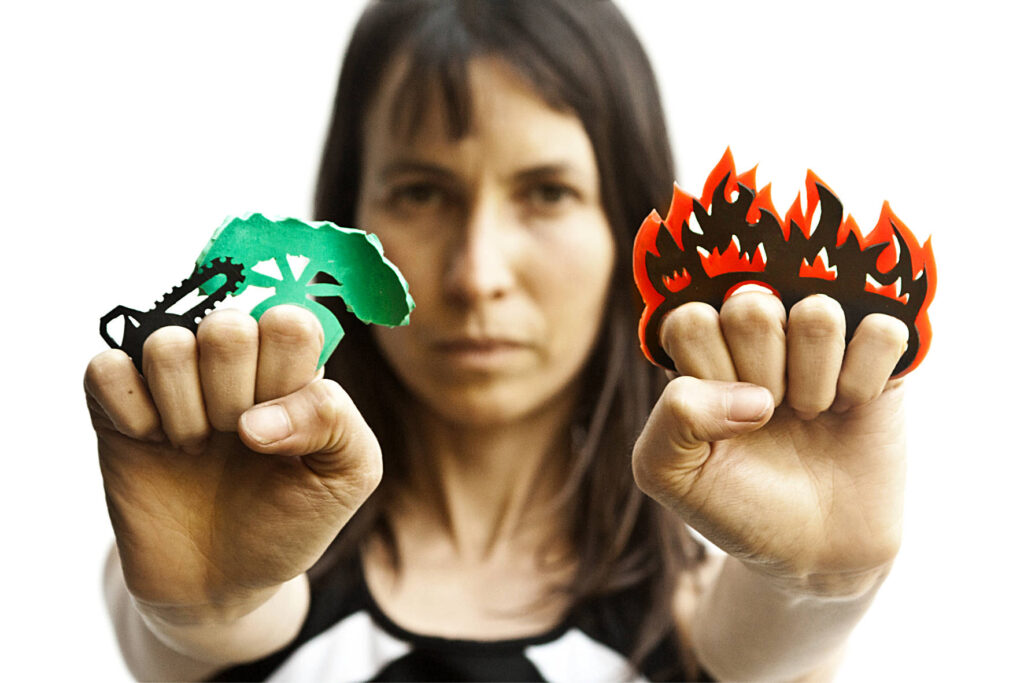 Amazon in Our Hands

“Amazon in our hands” is part of the Story telling story series, in which the artist, activist and jeweler Floriana Breyer brings, in rubber rings, icons of the fight against deforestation, mining, fires, extensive farming and illegal occupation of indigenous lands, true corridors of life and socio-biodiversity reserves. 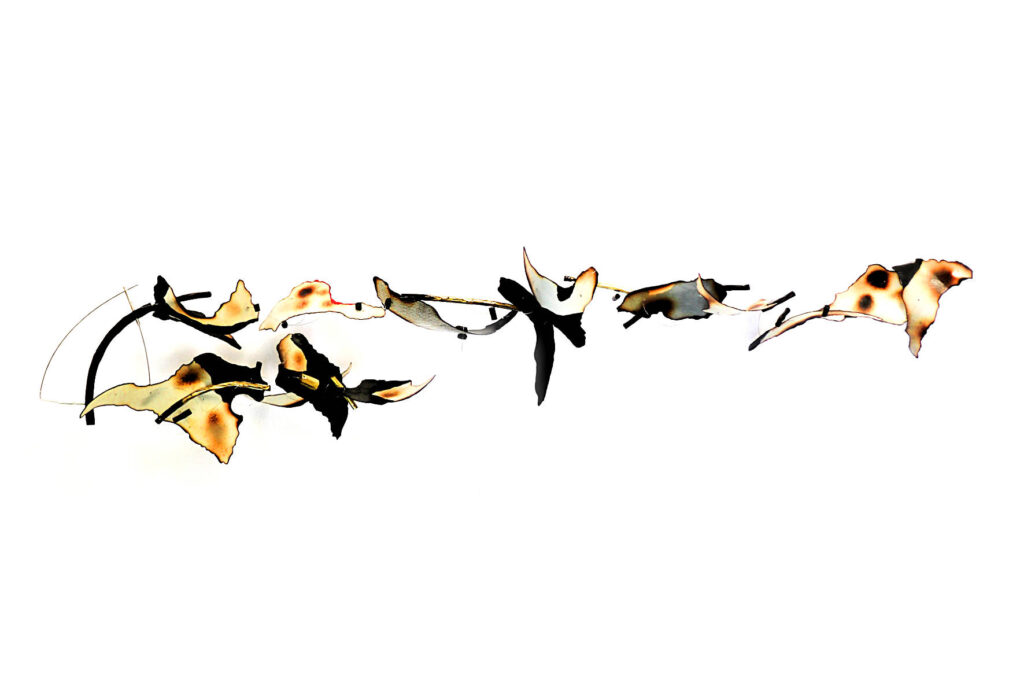 Fire [Ashes Of A Story]

With the materials I have chosen I am looking for other meanings of matter. The paper represents territories and their subjectivities, that once struck by fire, are left with the scars of incineration. Through steel seams the territories are amalgamated; nitrile and gold bring to mind mineral and fossil extraction, while the paraffin involving the paper evokes an illusory protection. 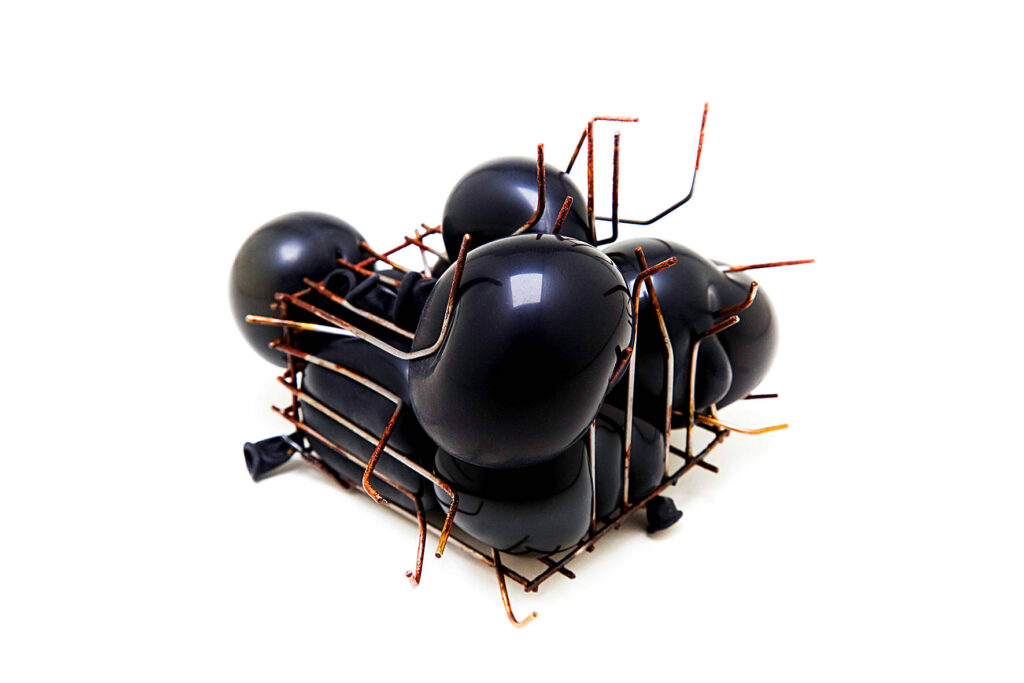 ...the Territorial Box was developed as a proposal for reflection on the pressure and population density existing in the Brazilian territory, which reproduces an aggressive system of oppression in the form of housing. 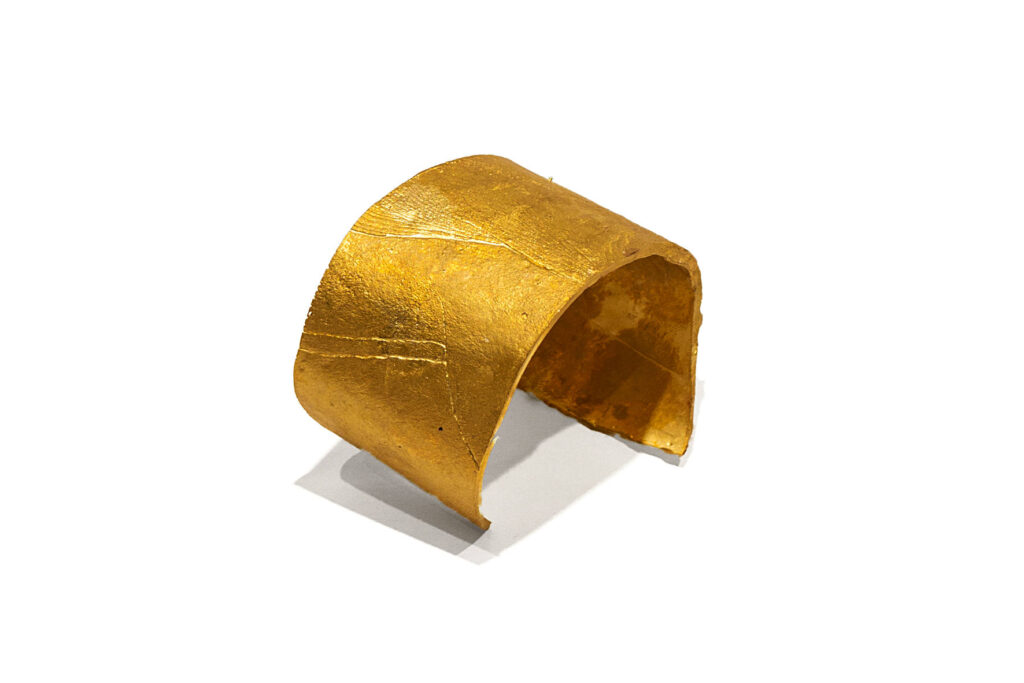 The Skin that Defines Being

From molds of body parts of black people that I relate to from different cultures and social classes, bracelets reflect the intrinsic implications of having the black skin in my country. I place them under pedestals, to honor those who really deserve to be molded in the bronze and placed to the public to be observed, studied and remembered. So I invite X black people I know, and I borrow their bodies and voices in an attempt to praise and equalize this ethnicity that differs only by being of a different color. It is a study that seeks to value black bodies and also reflect my own privilege. 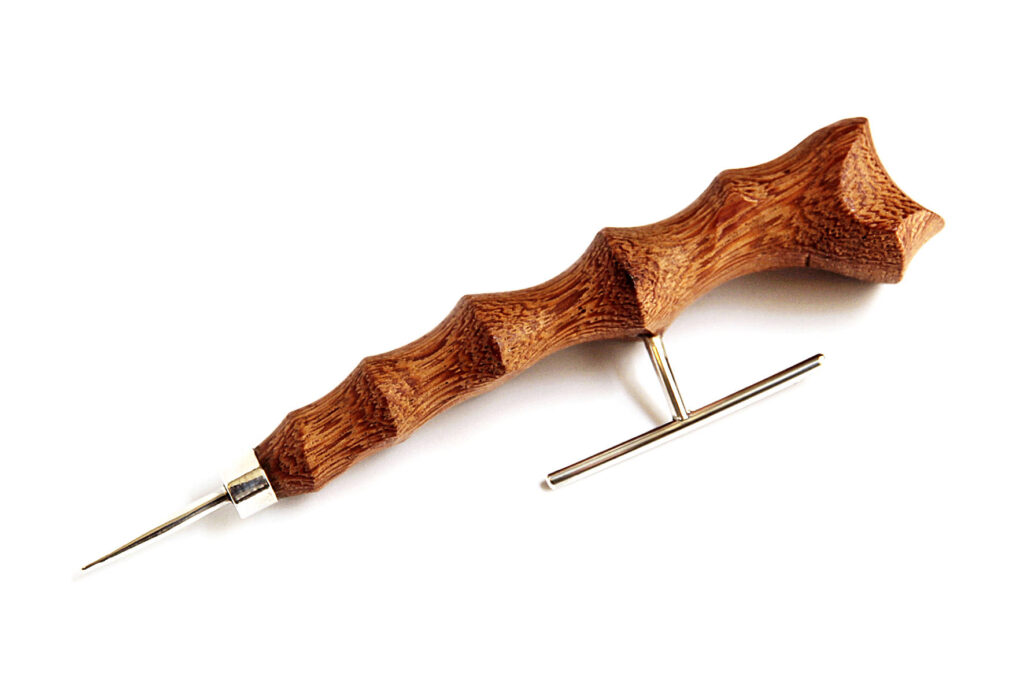 At some point in time, without my realizing, the walls around me became my skin and flesh. Or perhaps it was the opposite and I have hardened, I don ́t remember. I have the tool to break this shell, but I’m not sure I want to do it. Maybe the time to act on it has passed. At the moment, I am comfortably imprisoned. 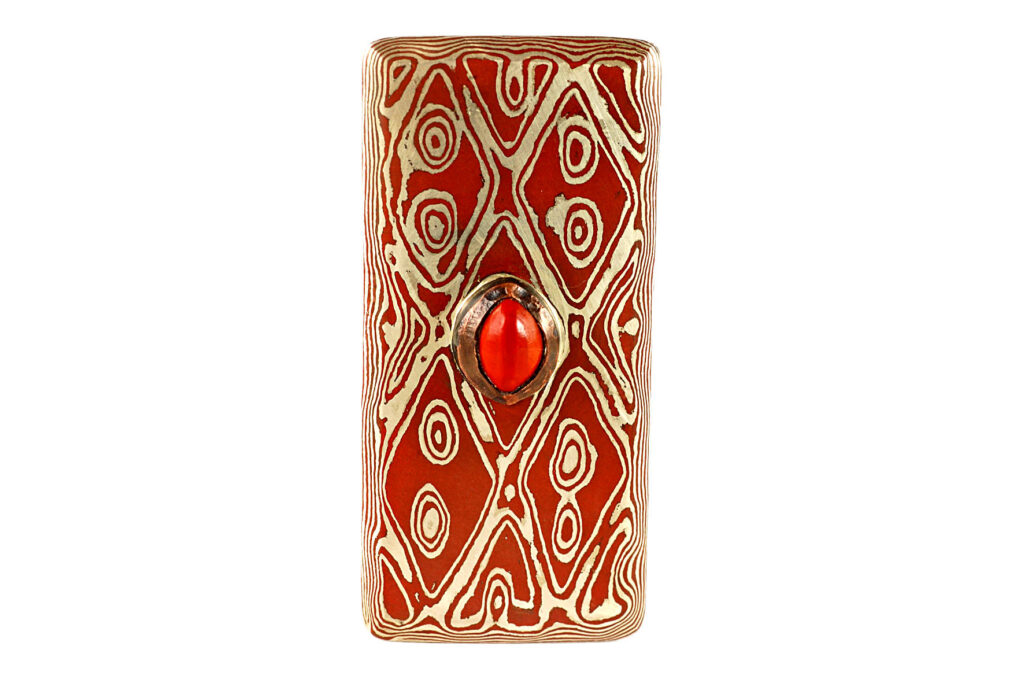 ...The paintings made by the indigenous people carry a very long history of ancestry by behind each one. This indigenous art is far beyond aesthetic value, it obeys magical, symbolic and cosmological precepts of the society that represents it. These graphics served as inspiration in the production of my piece. For this I decided to use the technique of Mokume Gane, which would bring a good representation of the pieces and artifacts by the possibility of creating geometric shapes with metal and giving different colors to it... 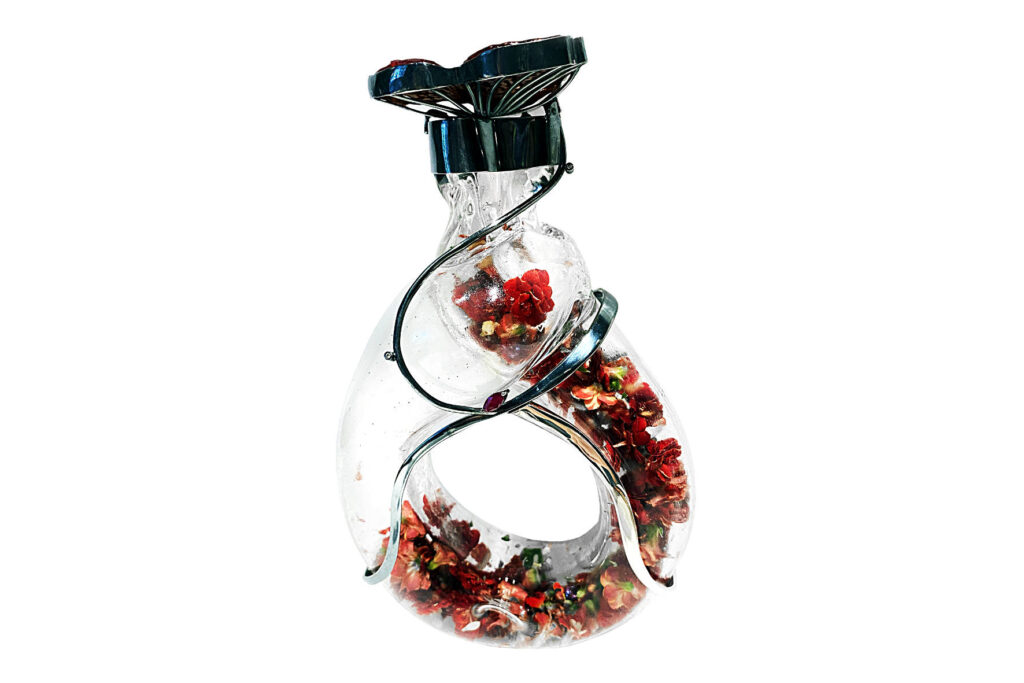 The Origin of Life

My work has always been very experimental. Thinking the color red as LIFE / DEATH, I started to work on the concept that would give details to this piece. The idea of life pulsating in a cycle (blood) is present in the circular and hollow shape of the work... 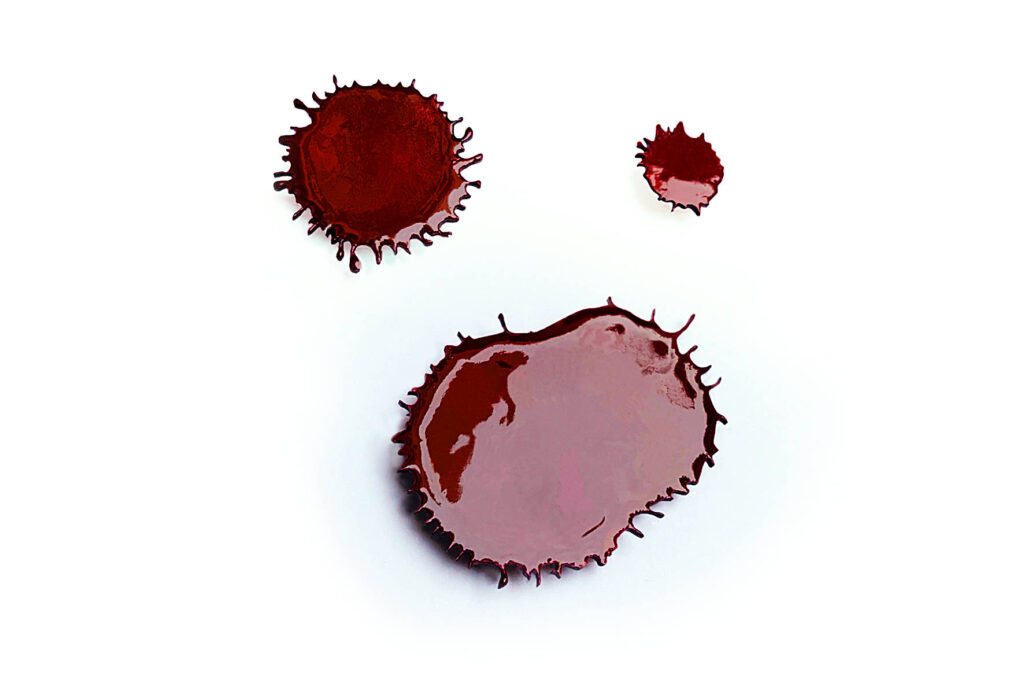 The blood that runs through our veins is associated with human life force. The drops of blood used on a garment in the form of small brooches refer to the drama and make room for understanding that something is out of place. Set of various brooches, in different sizes and shapes in stainless steel and Japanese lacquer. 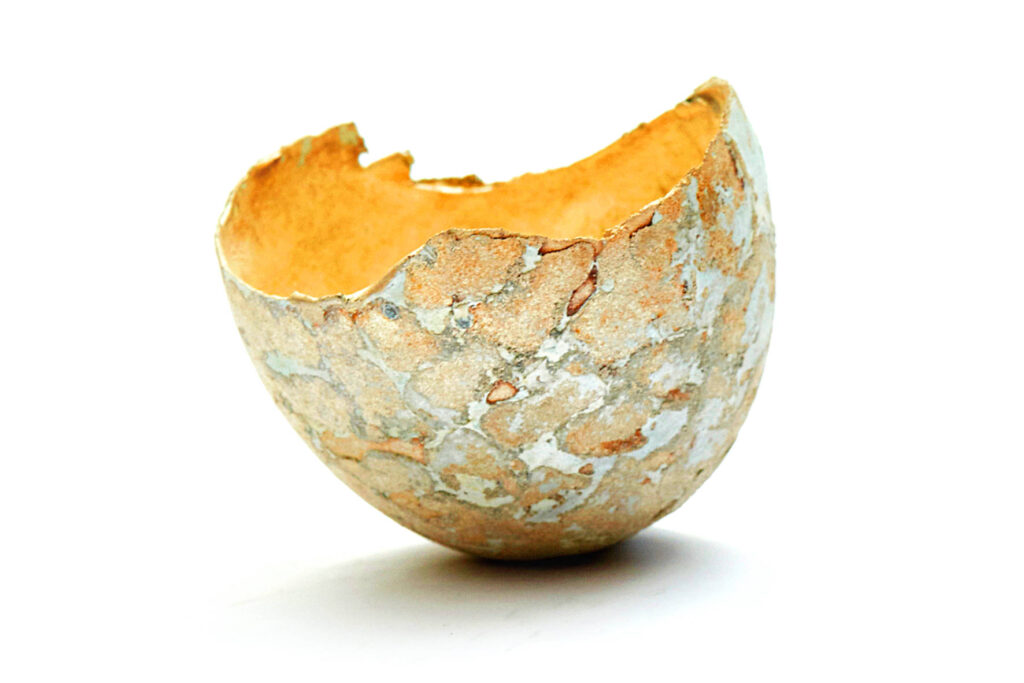 Thinking about difference from the aspect of a first origin, can be as generic as unique. I propose a research on a form that is repeatedly persistent, an inventory of existing egg shells and even some artificially manufactured, from many sizes, made in different techniques, procedures and materials, as sculpting, modelling, casting, copying, carved, built, broken or shaped, in metal, clay, glass, marble, wax, paper or wood. From fragility to protection, a limit enclosure between the inside and outside, which contains and reveals, embryo and living being, the beauty of variety as a potency. 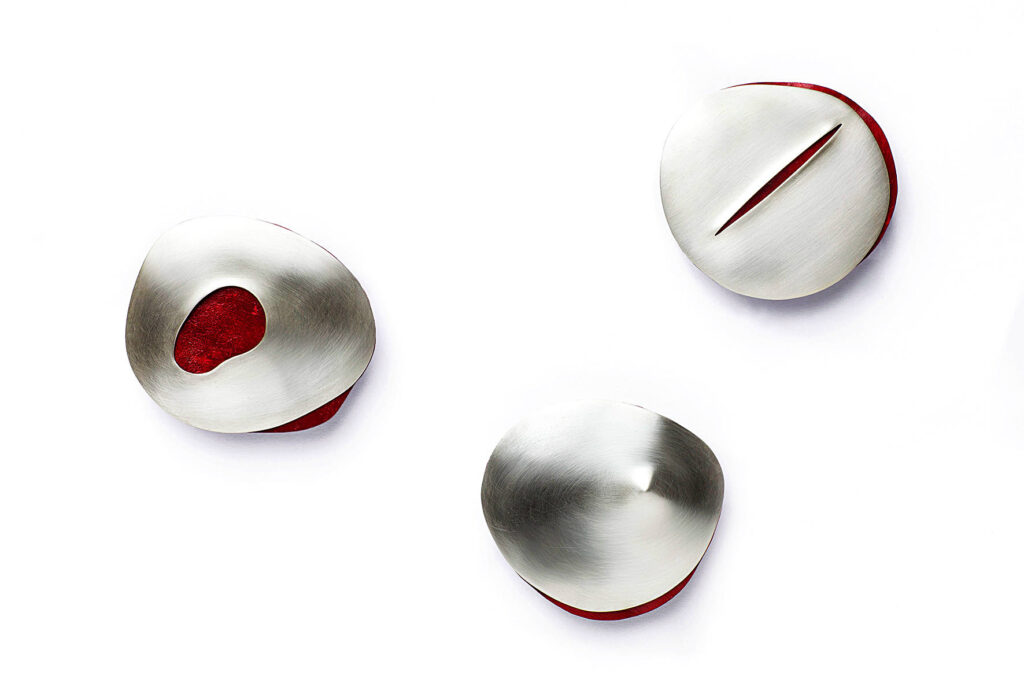 Through silver, stainless steel and red painted parchment, I try to express the pain resulting from the social wounds that permeate the lives of the groups vulnerable. 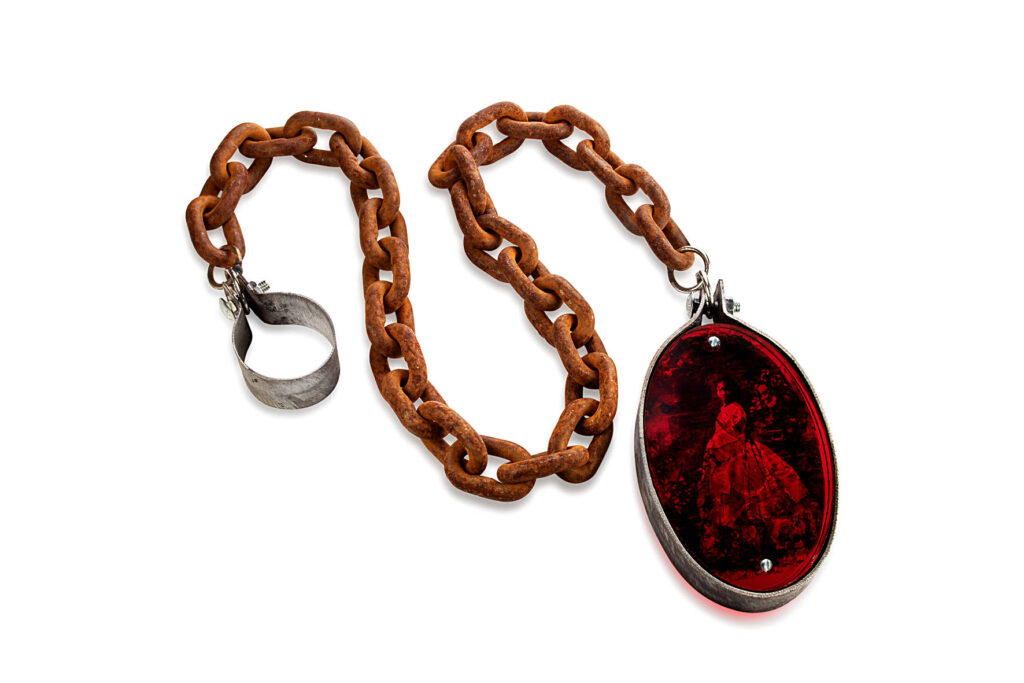 In 2017, Nina Lima began her research on slavery and human relations that continue to this day. The Blue Blood Series is presented as a question and answer at the same time: until when? because? The piece presented, Necklace # 1 consists of three parts: CHAIN CAMEO ALGEM Symbols of power, possession, ignorance. Old and current question that runs through the centuries. 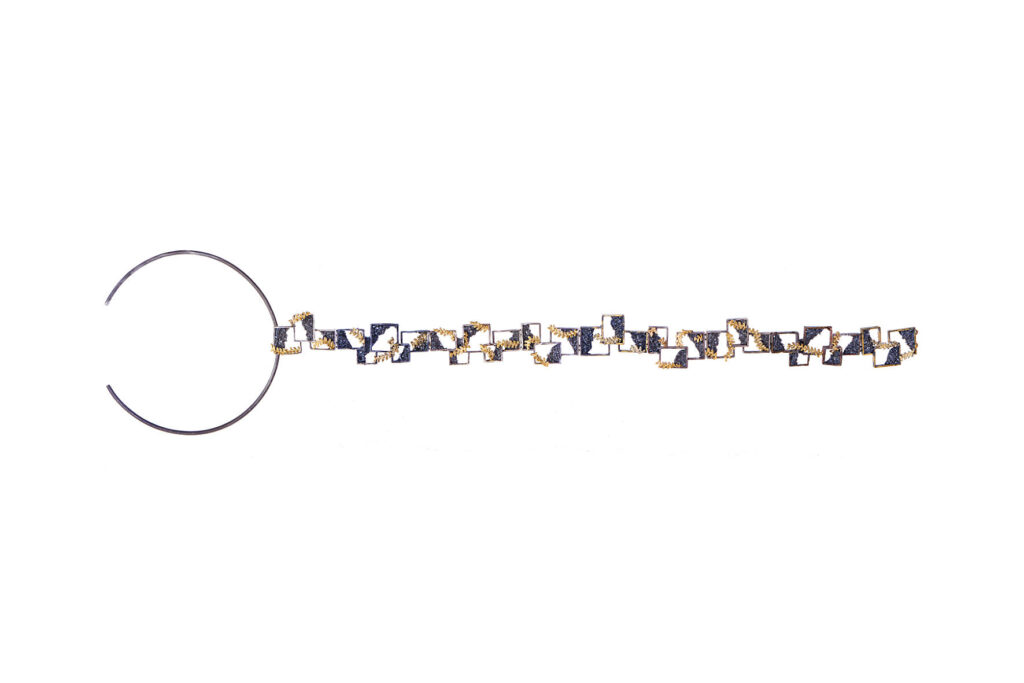 What is our ability to withstand the pressure of adverse situations and survive a state of chaos? Plants have a lot to teach us about determination and persistence. We live in a world in which a tree has more dead financial value than it lives. Even so the trees survive! They sprout from cracks and small cracks in the concrete. They climb ruins and cement and show that however heavy it is to live in an overwhelming chaos, it is still possible to resist! My wish is that these jewels show the struggle and instinct for life, a lesson in life from nature!

In this time of confinement, we are all reduced to our territory. i couldn’t stop thinking about our real and virtual life issues and how to make connections to this new reality we live in. a new notion of territory, a new relationship of time and space where we seek new formats... and poetically establishing the concept of borders and belonging, realizing that everything is connected , and the movement of one affects the movement of all. 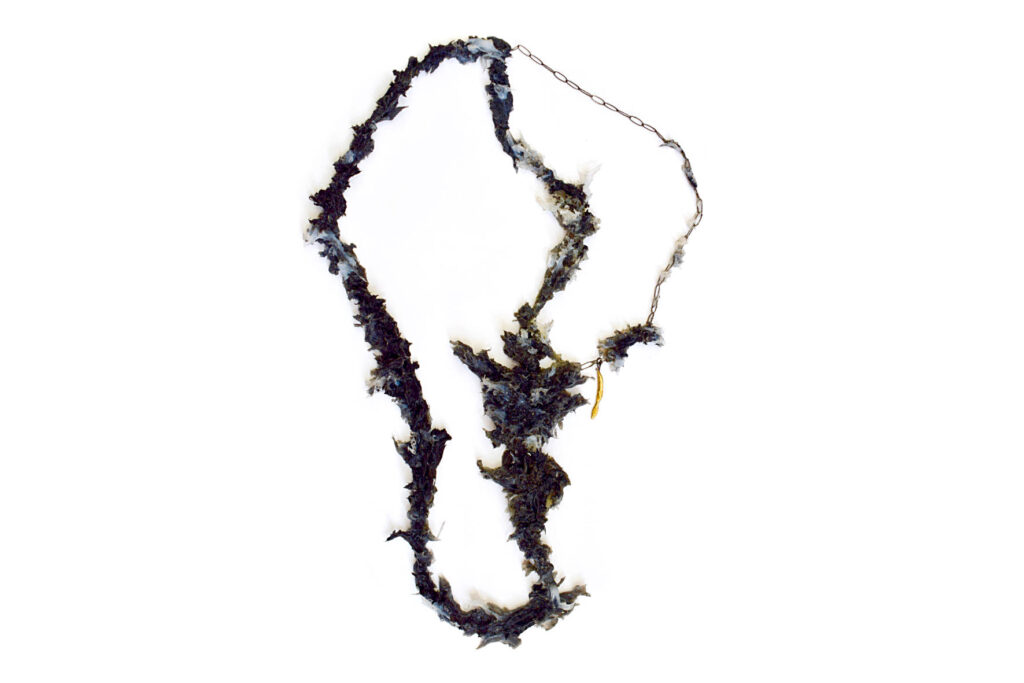 In The Middle Of The Dark Sea

"The piece "in the middle of the dark sea" aims to represent a snapshot of the situation experienced by a given man who just fled from the violence of his own country , leaving everything behind , when he sees himself in a nowhere-place, watching over his family, knowing nothing about his future, carrying strength from his memories and hanging on the faith in the unknown."

The color red originated from the Latin “Vermillus”, which means small worm, alluding to Cochonila, from which derived carmine. Brazil is one of the most unequal countries in the world and in recent years an absolute polarization has been established and consolidated, with part of the population calling themselves “patriots”, appropriating the colors of our flag, as an excuse to commit atrocities and revoke the few rights of those who no longer had them.

On the opposite side, the red ones. Everyone who opposes authoritarianism, everyone who believes in a more just and humane society, and not only: red is the color of annatto, a vegetable used for therapeutic purposes and as a pigment for body paintings, applied during celebrations, rites of passage, and the sacred, in addition to defining the ethnicity of many of our original peoples.

Vermelho | Vermillus disputes the bloodshed for intolerance, for exacerbated violence.

We question the right to have a space to live. Fragility, the need for protection. The reason why such a mixed country is so prejudiced. The uncertainties of immigration, the devastation of our rich nature, our
Amazon.

How to defend ourselves and respond to all this?
How to remain inert in a country which denies its origins and past?
How to expect a future in the country of the absurd?

We reflect on our privileges and face our own barriers.